Back to Educators & Students Main Page

This PowerPoint presentation provides an overview of health disparities in lupus. You can preview a sample of the slides, download a PDF of the full slide-set, or download the full presentation in PowerPoint format, along with related videos. 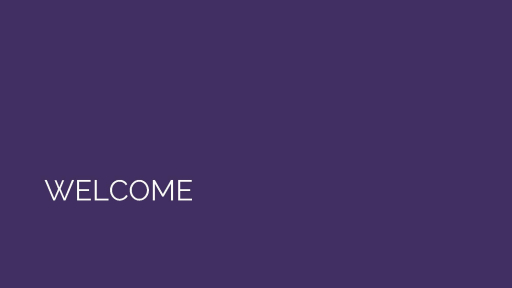 This data-based vignette provides a real world example of how patient care can be impacted by cultural differences.

Health Disparities in Lupus: The Role of Perspectives in Lupus Care

This four-part video series examines how unconscious biases in the thinking of both patients and physicians impacts the diagnosis and treatment of lupus. Essays, quizzes, and additional resources are included.

The Role of Perspectives in Lupus Care

Dr. Graciela Alarcòn: Well, I think that one of the most important things is really knowing that the disease occurs and it’s more frequent among minority population groups. I think that in this country in particular, with the growth of the Hispanic population and the knowledge we have now in our studies and others, that lupus is a very serious disease in the Hispanic population, especially among those that have Amerindian background.

That means genes proper to the American continent. I think knowing that the disease is more frequent, that can be more serious, is very important to practitioners of all types so that the disease is recognized very early, is treated properly and promptly, and so the consequence of the disease really can be avoided.

Dr. David Wofsy: One of the stark realities of health and healthcare in the United States is the disparity that exists between different segments of the population. This disparity covers a broad spectrum of conditions, but it’s especially true in lupus. Lupus disproportionately affects women. It’s more common and more severe in minority populations and it tends to be more prevalent in people who are poor.

Many factors contribute to the disparate health outcomes in lupus including differences in the actual biology of the disease itself, and the environment people live in. For example, the genes that predispose to lupus appear to be different in minority populations and that may account at least in part for the difference in disease severity.

In addition to that, many of the drugs that are commonly used to treat lupus seem to work less well in people of color. However, there can be no doubt that factors associated with the healthcare system also contribute to health disparities. Poor access to care, lack of health insurance, delays in diagnosis, or poor quality of care are all problems faced by people with lupus.

Taken together, all of these factors contribute to the healthcare disparities that are faced by people with lupus. They constitute a challenge for them, and a real challenge for anyone who seeks to end health disparities in this disease.

Dr. Ed Yelin of the University of California San Francisco, School of Medicine shares his insights on lupus patients’ access to care and the affect poor access can have on treatment and outcomes. A lupus patient, Ivana Ford-Neal, shares the challenges she has faced in accessing care and how these challenges have impacted her.

Dr. Ed Yelin: Well, I think we’d all like to live in a society in which access to health care was equal for everyone and so it was just the basic biology of disease that affected outcomes. Unfortunately, it’s not the case for people with lupus. We know from studies that have been done that people who don’t have insurance, people who have Medicaid insurance have poor access to care.

Increasingly, we’re finding that people who have poor access to care have both poor quality of care and poor outcomes, and we think this probably accounts for part of the reason that people from racial and ethnic minorities and those who are poor experience poor outcomes from their lupus.

Besides the doctors denying me and trying to find a doctor that would even see me that understood lupus, fighting the health care system was the worst. It’s still that way right now as far as medications and getting okay for them to diagnose or to treat me with this type of medication or another kind of medication. They’re saying, “Oh, you don’t need it, it’s just cosmetic. You didn’t lose that due to medical history or illness, it’s just something you want done.”

The healthcare system, to some degree, was wonderful, but to the most part, it was terrible. It was one of the worst encounters of my life that I still fight to this day.

Sisters, Ivana Ford-Neal and Michelle Stevens—both of whom have lupus—stress the need for doctors to work together to provide the best possible care to their patients. Dr. Ed Yelin of the University of California San Francisco, School of Medicine explains the need for “a captain of the ship” when it comes to lupus care.

Dr. Ed Yelin: One of the things that we know about lupus because of its complexity, is that you need our captain of the ship to help organize the care because very frequently people need to see a physician if they have neuropsychiatric impacts, they have renal impacts. These may be different physicians. They need somebody who helps them coordinate care. If you don’t have a regular doctor who is the captain of the ship, it’s very hard to get that coordination.

Michelle Stevens: One of the things I wish that was better was I wanted my doctors to work together, because I would have one doctor here giving me this medication, another doctor here giving me this treatment, and this one here giving me another one. My medicine is not doing very well with my body. It’s interacting, messing up. It has made me crazy because once I’m on this medication, I start taking it, then this doctor decides to take me off, and nobody’s listening. I begged them and begged them and asked them, please work together, because I need my rheumatologist. I need my nephrologist. I need my regular doctor to work together to help me to keep living on with my luck with lupus.

I had to fight to keep my doctors together, to keep passing information. As this day now, I get all their numbers, all their fax, and when I do my blood work, I fax it. All three of them. Just to make sure some things you have to do yourself because if the physician won’t do it, you need to do it.

Health Disparities in Lupus: The Importance of Cultural Competency

Dr. Graciela Alarcòn of the University of Alabama at Birmingham explains the benefits of providing culturally competent care to patients with lupus. She discusses the need for language support, cultural knowledge, and a diverse health care staff.

Dr. Graciela Alarcòn: Well, at the University of Alabama at Birmingham, the majority of the patients with lupus that we saw were African Americans and Caucasians. There weren’t really at that time I practiced there, the proportion of Hispanics in the Alabama, Birmingham, area were really very small and so very few patients will get into our system with lupus even though we have a few. In those cases, obviously the language helped and the cultural knowledge of those people really helped in the interaction.

With the African Americans, in terms of our own studies and practice, I think having personnel, research coordinators, et cetera, that were of the same ethnic and cultural background really was very helpful. I think that that’s something that we can strive really to be culturally competent even though we may not be from the same ethnic group.

Dr. Graciela Alarcòn of the University of Alabama at Birmingham discusses differences in lupus outcomes based on race, ethnicity, and socioeconomic status.

Dr. Graciela Alarcòn: Minority population groups, in general, tend to have a more serious disease, with more severe disease manifestations, for example, their renal system, or the central nervous system, the blood, et cetera. They also tend to have poor outcomes in terms of disease activity, damage accrual, and even survival. However, when studies have been done, for example, in our own study in LUMINA, which is a study that was conducted over 15 years at three universities.

Using a multi-ethnic population, we found that when we adjust for socio-economic and cultural variables, then some of the disparities that are observed between ethnic groups tend to dissipate or disappear altogether. In the case of survival, where you see very different survival curves for the African Americans, the Hispanics, which we recruit from Texas, and from Puerto Rico, and the African Americans, then you see differences in survival curves. However, when you adjust for income, those differences totally go away.

Interviewer: In what ways do you think that income influences outcomes? What are the mediators of that relationship?

Dr. Graciela Alarcòn: Well, we couldn’t really pinpoint to the mediators. The usual thing to think about is there is less access to care, differential care, that type of thing. We couldn’t really validate that in our own LUMINA study. We’re left with variables such as education, for example, that explain the less favored outcomes in terms of pregnancy for women of ethnic minorities in our own study, income in terms of survival, income in terms of damage, less health insurance for the activity, and so on.

I don’t think we really got to the root of the problem and to find out exactly what’s the cause. There’s such a tight relationship between some ethnic groups and poor socio-economic status that I think it’s very hard to disentangle there.

This redesigned website was supported by the Grant or Cooperative Agreement Number, 6 NU58 DP006138, funded by the Centers for Disease Control and Prevention. Its contents are solely the responsibility of the authors and do not necessarily represent the official views of the Centers for Disease Control and Prevention or the Department of Health and Human Services.
© 2022 American College of Rheumatology, All Rights Reserved.
Cookie Policy (EU)     |     Privacy Policy     |     Accessibility     |     EN ESPAÑOL
Back To Top
×
Manage Cookie Consent
We use cookies to optimize our website and our service.
Manage options Manage services Manage vendors Read more about these purposes
View preferences
{title} {title} {title}
OK, I got it.

Links with these icons indicate that you will leave our site.